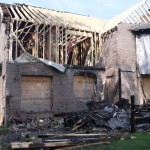 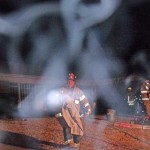 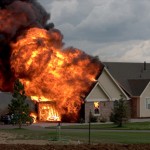 Every 23 seconds a public fire department responds to a fire somewhere in the U.S. What’s the chance the fire department will put out a fire at your home in your lifetime?

The chance the fire department will put out a fire at your home in your lifetime = 1 in 4.

The chance someone in your household will have a fire injury in an average lifetime = 1 in 10.

Including smaller, “no reported damage” fires, an average household will experience 5 fires in your lifetime.
That means the odds are excellent that someone in this room already has experienced a fire at home.

All data from Fire Loss in the U.S., the latest report from the NFPA  (National Fire Protection  Association),
issued Sept. 15, 2011.

For a copy of the report (759 KB), DOWNLOAD HERE: os.fireloss

Today’s number is the latest in a long, steady, 30-year downward trend in home fires. A lot of us have been working on this, for a long time. A steady trend line over decades is no accident. There’s a reason.  This steady reduction in home fires, deaths,  and injuries is the success of the combined efforts of  many  professionals  – fire researchers, like NFPA and CPSC; policymakers from the International Code Council to legislators to building departments; builders; code enforcement officers, real estate professionals, lenders – and, your professional home inspector. Home fires caused 85% of civilian fire deaths and 74% of fire injuries.  Home fires lit up at the rate of 1 every 82 seconds, in 2010.  Children 5 and under, and the elderly, face the highest risk of death by home fire.  Not you.  Your kids, your grandchildren, and your parents.

TECHNIQUE #1:   MAX OUT YOUR CHANCES TO BE A VICTIM 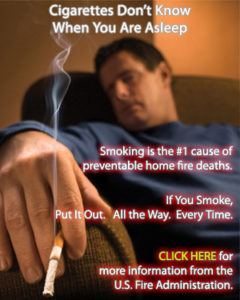 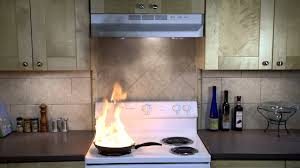 First, get the cheapest electric range you can find, on a “scratch & dent” clearance.  Everybody knows ranges are all the same and no one could buy one recalled for fire hazards.  Then when it starts to click, or smell funny, bet it will “just go away someday.”

Then, put supper on the stove, go to the bathroom, answer the phone, and take the pets out to pee.  Make sure you haven’t checked your smoke alarms or charged your fire extinguishers in the last two years.

3 of every 5 non-fatal home cooking fire injuries occurred when the victim tried to fight the fire themselves (usually without an extinguisher).

●  Natural gas only accounted for 2,410 home fires.  A tiny sliver – 43 deaths, $48 million property damage.  The leading area of origin was the kitchen.
●  Home fires involving “not for cooking” kitchen equipment – mostly dishwashers and refrigerators – ignited about 2,800 reported home fires in 2006, the latest tally.
●  100 deaths, $73 million in property, lost.
●  The person most likely to be cooking when a cooking fire starts is a young adult female.  The person most likely to be killed in a home cooking fire is an older adult male. Chivalry is not dead.  Just the chivalrous.
●  Non-fire cooking-related burns sent 17,300 to ER’s in 2009, the CPSC reported.  Here’s a surprise: Most (57%) were tableware scalds.
● Microwave ovens produce more scald burns than any other device.
Unlike cooking, the other leading causes are seasonal.  Heating equipment lights up in December, January and February, when 50% of heating fires ignite. 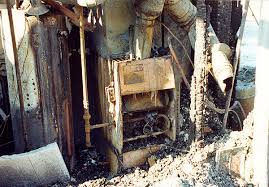 Everybody knows furnaces last forever.  So service contracts are just a rip off.  They’ll get you anyway.  Ask Perry.  That smell when the furnace fires up is probably just cobwebs in the ducts.  Funny  — there weren’t any cobwebs to sweep off anywhere else in the house.

It’s a good thing that smoke detector beside the furnace stopped chirping when you took the battery out.  What a nuisance!  And all that baloney about checking smoke detectors and CO detectors is just to sell more detectors.  If the alarm never goes off, the battery will last forever.  If the battery was bad, it would light up or something.  Right?

TECHNIQUE #4: HOW TO LIGHT UP YOUR LIFE FAVORITE FIREBUG BURN-DOWN 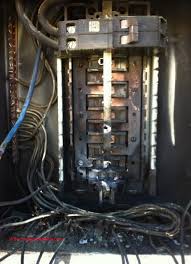 Just promise yourself one day you really will find an electrician to figure out why the circuit breaker keeps flipping.  Maybe he can even fix that outlet in the bedroom that doesn’t work.  ‘Til then, there are plenty of other outlets you can use.  Besides, most of the time, when the breaker trips, it’s just a rainy day.

● Electrical equipment is the fourth greatest source of home fires.
●  50,900 home fires started with electrical ignitions.
●  350 deaths, $709 million property loss.
●  Electrical failure or malfunction produced 72% of the fires.
●  2 out of 5 people got killed hanging around the living room, family room, or den.
● Older wiring increases the risk of home fires, the CPSC reported.  Most older systems were installed “to code” and are “grandfathered” in KY.

TECHNIQUE #5: HOW TO LIGHT UP YOUR LIFE FIREBUG FAVORITE 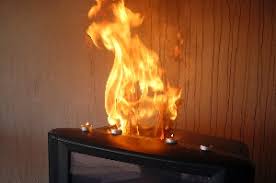 Candles are sooo romantic.  And aromatic.  Don’t you love the way they dance, and throw shadows on the bedroom wall, every night when you go to sleep.  Maybe the inspector suggested clearing them out of bedrooms, but he’s a killjoy.

● Candles are the fourth leading cause of home fire injuries.
●Candles were good for 15,260 house fires each year from 2003-07.
●  166 deaths, $450 million property damage.
●  42 candle fires a day are reported to U.S. fire departments.
One third began in bedrooms.  You really light up my life.
It can be embarrassing.  In Louisville, a federal judge died in candle fire at home in bed – where he was body bagged beside the late mayor’s widow.

TECHNIQUE #6: HOW TO LIGHT UP YOUR LIFE FIREBUG FAVORITE 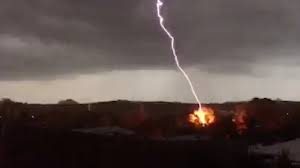 You should’ve seen it when lightning hit the neighbor’s tree.  It was spectacular – like the fourth of July, or Thunder.  Maybe I should double-check those “lightning rod” things the inspector said were disconnected, or something.  I forget.

Anyhow, if there’s lots of lightning, I know what to do.  I’m no dummy.  I play golf.  Just seek shelter under a tree.  Or…are you supposed to stay out in the open?  It’ll come to me.

TECHNIQUE #7: HOW TO LIGHT UP YOUR LIFE FIREBUG FAVORITE 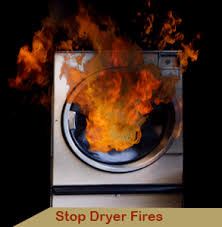 That dryer has “cyclone turbo-power.”  As soon as you saw that ad, you bought.  And it’s worked like a champ, what, 10, maybe 11, years now.  Never a hitch.  Didn’t need a thing.  The vent looks a little fuzy sometimes, but it’s working fine.  The inspector said something about a long, flexible brush, like a bottle brush, to clean the dryer vent.  He talked about “flex ducts” needing to be cleaned, more than slick metal ducts.  I didn’t do half the stuff he said.  That dryer has taken a lick’n from all our laundry and it keeps on tickin’.  It was here when I bought the house and it’ll be here when I leave. 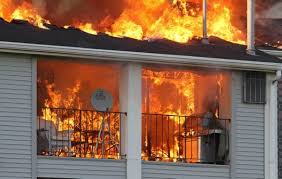 You are the Grill Meister, the Smoker Supreme.  The secret is turning the gas all the way up and closing it for an hour or two while you get those marinades, meats, sauces, and ears of corn ready.  Better still if you leave the grill up against the siding in the screen porch. 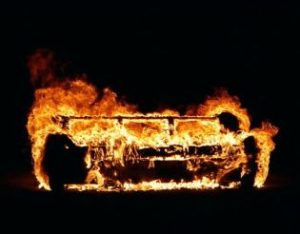 You especially like that velour sofa with the ashtrays built right into each arm.  They thought of everything.  Great place to smooch by candlelight.

HOT FLASHES  A ROUNDUP OF “USUAL SUSPECTS” AT 10th PLACE 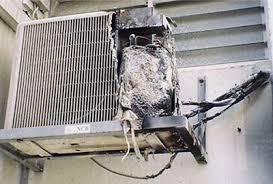 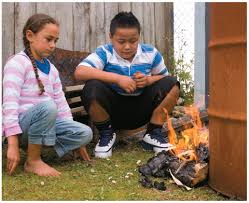 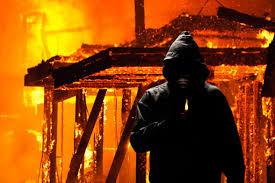 •  Arson was the third most common source of home fires.
Crime may be down for 2010, but “Italian lightning” is up.

This is just the “headlines” – the 10 minute Readers Digest condensed version.

As a public service, InspectHomes4U – through its school, Professional Learning Institute4U, or PLI – provides seminars and discussion leaders, with free seminar materials.

The take-away?
Think of home inspections a lot like you think of Coast Guard boat inspections, or your family doctor.

But if you care about safety – yours, of course; your family’s; your guests; and your neighbors – a “checkup” every five years or so is worthwhile.

Call InspectHomes4U for a checklist about caring for your home. Let’s keep our houses safe and protect our family and loved ones.

Information and safety tips for kids. Read how to make a map of your home.
Fire Safety Tips For Kids

Candles are pretty to look at but they cause house fires.  One third of home candle fires start in the bedroom.
DOWNLOAD Candles Fact Sheet: candlefactsheet

Flipping a light switch, plugging in a coffeemaker, charging a laptop computer or cell phone, etc., are all second nature to us.  We need to be cautious and be safe.  Read more about how to be safe when using electricity.
DOWNLOAD Fire Safety Tips Electrical Fact Sheet: Electrical_Safety_Tips

Each year fires occurring during the holiday season claim the lives of over 400 people, injure 1,650 more, and cause over $990 million in damage. According to the United States Fire Administration (USFA), there are simple life-saving steps you can take to ensure a safe and happy holiday. By following some of the outlined precautionary tips, individuals can greatly reduce their chances of becoming a holiday fire casualty.